Learning programming languages is a hard nut to crack unless you know the basics.

Every programming language has its building blocks, which help budding programmers learn the language from scratch.

App development languages are no exception. They are, of course, advanced, but the secret to cracking these languages stays the same, you have to learn the basics.

Which is the best programming language for mobile apps?

There are several programming languages for different sorts of tasks. Choosing the right language for the mobile app is different from choosing one to learn. The right selection yields solutions that are concise, easy to code, easy to scale, easy to debug and fix.

Often people will tell you that there is no choice and that all languages are equal and are developed to fulfill a particular purpose. However, it can be quite confusing, if you are new in the mobile development arena and lack information about programming languages.

So, if you are in a confused mess, the following factors can you help you choose the best language easily:

Take a minute to think about how many times you use an app in a day? Multiple times, isn’t it? In fact, there is probably an application waiting to be discovered in your app store for every possible human need. Therefore, it is no surprise that the demand for mobile applications has been on a steady rise ever since the smartphone was invented. Also, the reason why you’ll find hundreds of mobile app development companies in your locality.

No one on the surface doubts the future of mobile application development and mobile programming languages. Gone are the days where businesses could ignore mobile users! Having crossed a milestone already, if your business isn’t mobile-ready, you’re in trouble today.

If you are taking the plunge to build your mobile app to get the user’s attention – you need to focus on choosing the right technology, the right programming language, the right UX design tools, and most important of all, one of the top mobile application development companies to create a robust, innovative and user-friendly app for your business needs.

With several mobile programming languages to choose from, you have to consider multiple factors, pros, and cons, as well as the popularity of the language, before making your decision to build the most popular mobile app. Once you’ve chosen the best mobile programming language and built a business app, you step into the marketing stage which demands a suite of best marketing apps to scale up your development efforts. 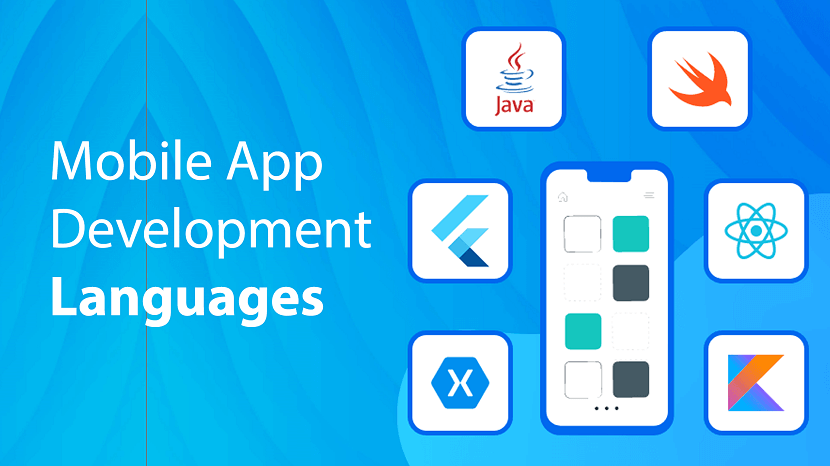 In this article, we have curated a list of top 16 mobile app programming languages which will help you choose the best quickly and get you started with your mobile app.

William Ting’s once said, “JavaScript will stay relevant as long as people use the internet.” JavaScript is best for cross-platform app development, mobile apps used for various platforms, and web browsing. It smoothly runs in other environments, outside of browsers, and can be compiled from a wide array of programming languages. So, my vote for the best programming language is for JavaScript.

Said to be the advanced version of Java – Kotlin is a statistically typed programming language used for developing modern Android applications. Kotlin has the potential to influence other programming languages such as JAVA to make high-performing and robust apps. Some popular apps built-in Kotlin are Trello, Evernote, Coursera, and many more.

C++ is considered to be an upstanding choice for mobile app development. It is a general-purpose, object-oriented language with generic and low-level memory manipulation features. Used for Android App and Native app development, C++ is used for developing games, GUI-based applications, real-time mathematical simulations, banking apps, etc. C++ is popular with Cloud computing apps as it can quickly adapt to changing hardware or ecosystems.

PHP is one of the most recommended programming languages for mobile apps that need database access. It is an open-source language used for server-side scripting, command-line scripting, and coding applications. Widely used for creating eCommerce applications, content-heavy apps, dynamic web applications, and mobile apps. It is a flexible language that can be easily embedded into HTML or HTML5. A few of the popular websites on PHP are Wikipedia, Facebook, and Yahoo.

A prospective game-changer in the mobile app development space – Swift is an open-source programming language specifically designed to work with iOS, OS X, and tvOS platforms. The language is flexible, scalable, and can easily adapt a safe programming pattern to add modern features to any app. Swift is expressive and fun to work with a scripting language, along with having the first industrial-quality systems. Examples of apps developed in Swift are Lyft, LinkedIn, Hipmunk, and more.

Java is an official Android development – object-oriented programming language. With in-built open-source libraries readily available for users to choose from, JAVA is easy to handle and offers the best documentation and community support. With JAVA’s vibrant spectrum of features, you can develop the best cross-platform apps, Android apps, games, server apps, embedded space, websites, and more.

Are you planning to build web-fronted apps or location-based apps for mobile devices? Then the fifth version of HyperText Markup Language – HTML 5 is an ideal option for you. It is not a programming language but a markup language that uses tags to structure and present the content on the webpage. The latest updates of HTML 5 highlights exceptional features like media elements, multi-platform functionality for different programs, and quick market deployment. Examples of HTML 5 are Google Docs and Google Drive.

Ruby is a back-end object-oriented scripting language used in the development of web applications, servers, system utilities, and standard libraries. Over the years, Ruby has evolved into a general-purpose, high-level multiple-paradigm, interpreted programming language. It is a functional language that directly executes the instructions rather than compiling the program in machine language. A few of the well-known websites developed using Ruby are Twitter, Bloomberg, Airbnb, and Shopify.

Rust has been Stack Overflow’s most loved language for four years in a row. Sponsored by Mozilla, Rust is a system programming language having syntax almost similar to C++. With strong compile-time correctness, fast-performance, intuitiveness, and safe memory, Rust is useful in a time-constrained scenario and to develop applications across different fields. Examples of Rust are Dropbox and Yelp.

Lua is a light-weight mobile-first enterprise communication solution. It is a cross-platform multi-paradigm programming language. It powers in-built messaging for businesses and is instant, secure, and keeps developers accountable. It is popular for real-time secure messaging, analytics dashboard, easy file sharing, and two-touch conference calling. If you want to improve the speed, extensibility, portability, and reliability of your apps, Lua is perfect for embedded applications.

SQL stands for Structured Query Language used for assessing, communicating, and manipulating the standard database for most applications. SQL is designed to meet specific standards, both ANSI and ISO, and there is extensive support for both on a community and enterprise level. Strength – Relational data model and referential integrity between data, data query, data manipulation, and data access control. With well-defined standards, SQL is widely used in business intelligence tool platforms.

DART is a client-optimized and open-source programming language focusing on UI, productivity, and speed. It features asynchronous coding and is used on Flutter to make cross-platform apps easily. Apart from client-side and server-side development, Dart is also popular for Native mobile app development. Google developed Dart to accelerate app development on all the platforms.

With a list of questions to ask, factors to consider, and the above-listed pros and cons, we are sure you can make a sensible decision regarding which language to choose. After all, choosing the right mobile programming language will help you develop agile mobile apps that will weather the changes in future business needs.

So, what are you waiting for? Dive into the nitty-gritty of the programming language, choose the best and give your business the most needed mobile application to reach a more substantial mass. 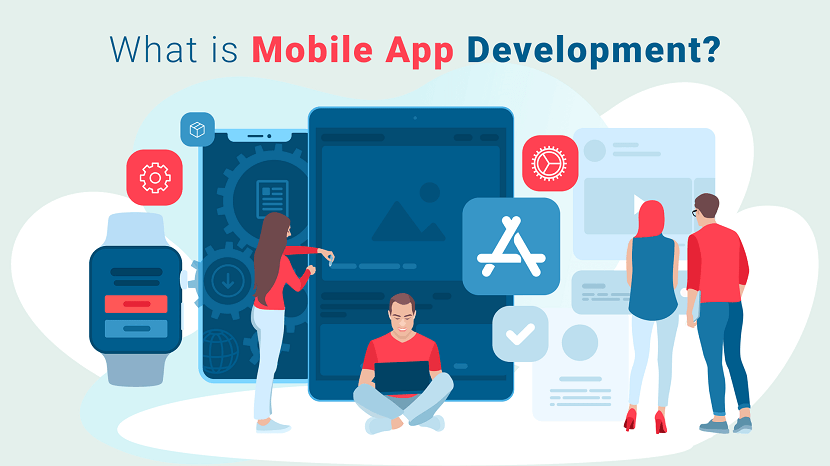 What is Mobile App Development? 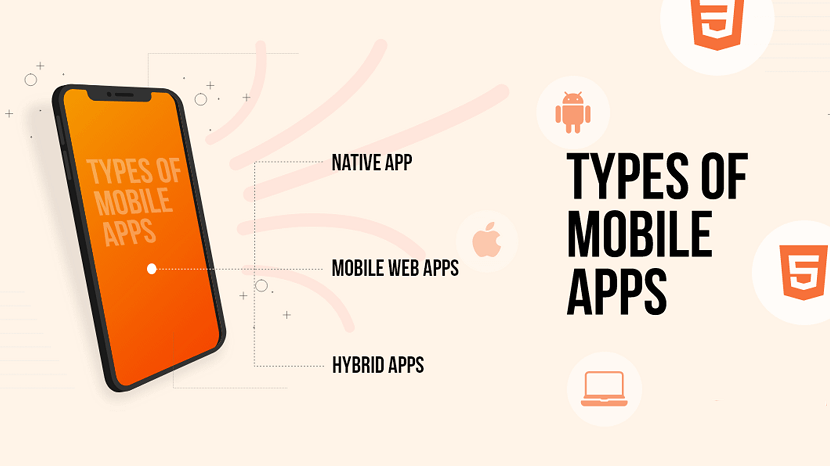 What are the Different Types of Mobile Apps? 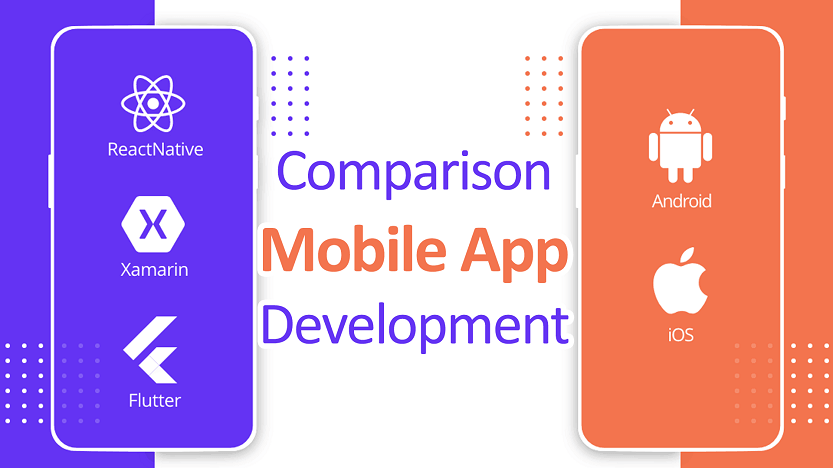 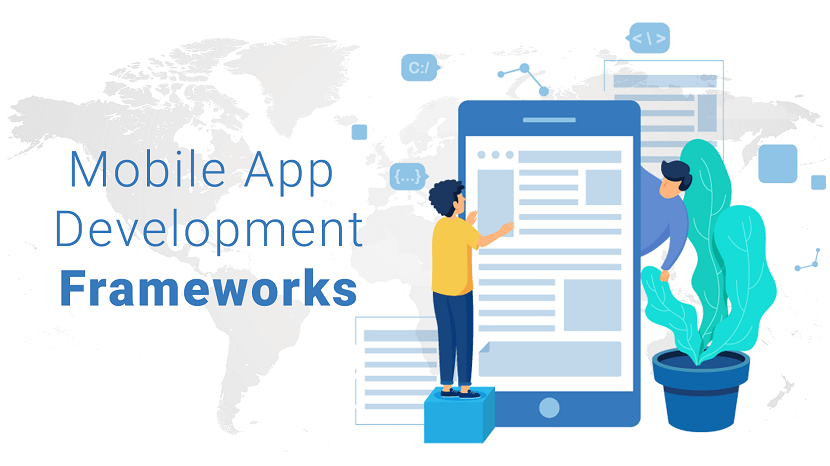 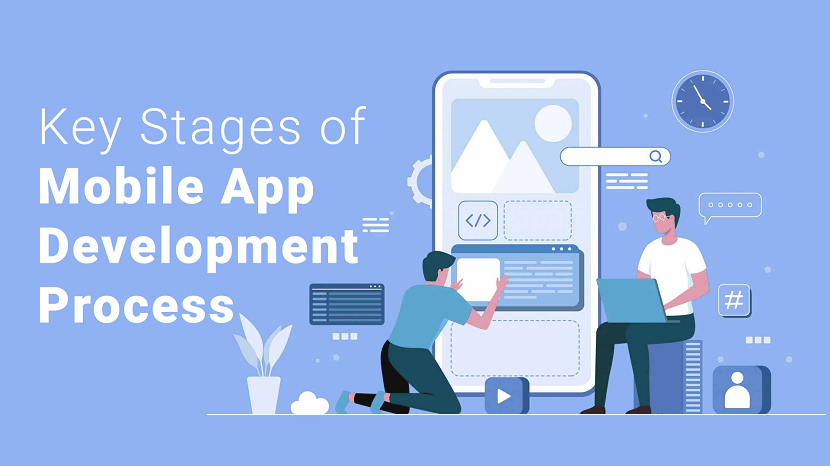 The Key Stages of the App Development Process 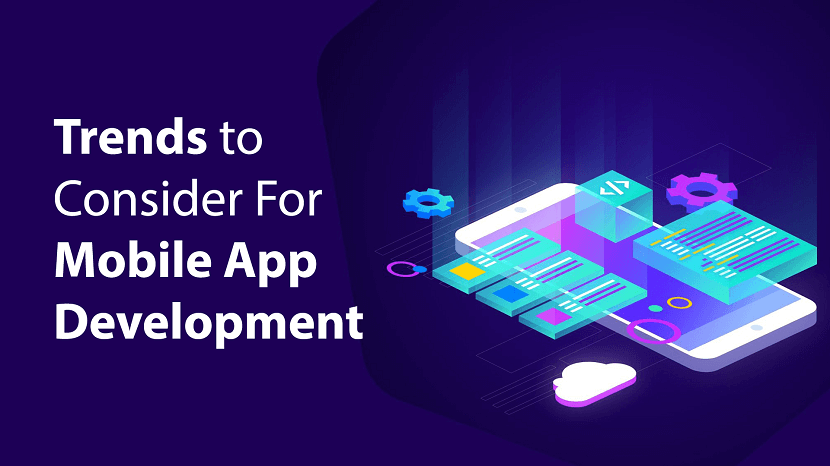 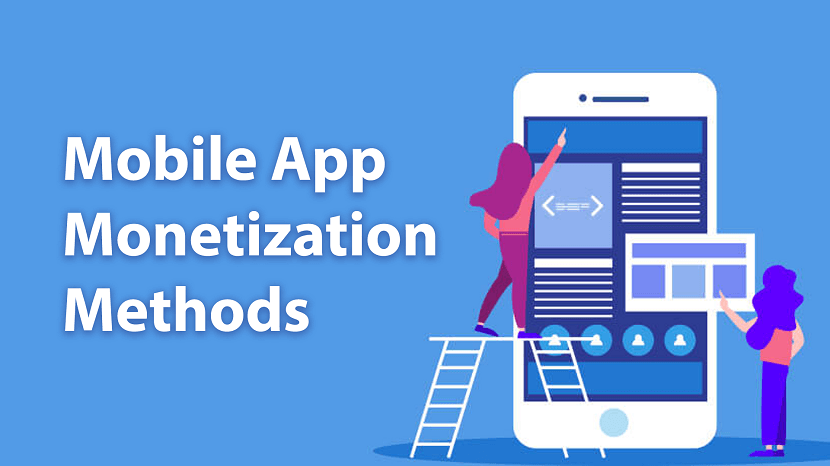 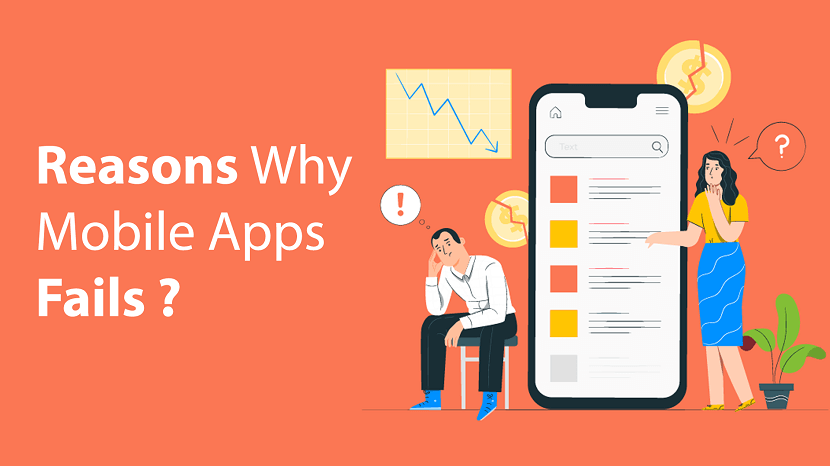 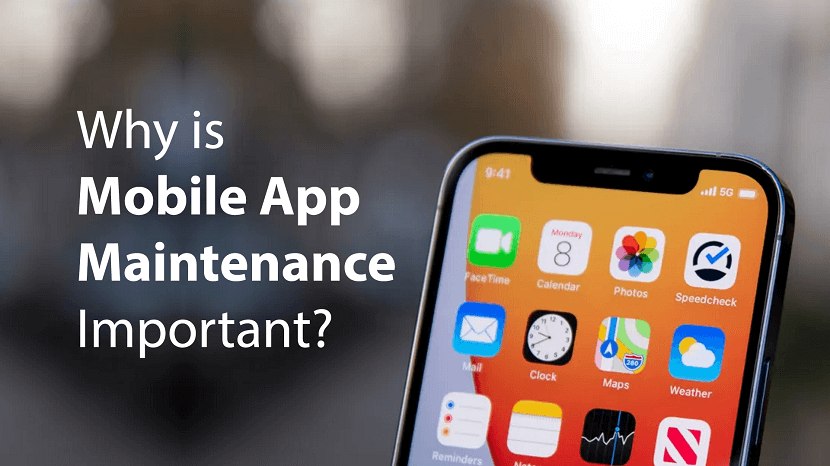 Why is Mobile App Maintenance Important? 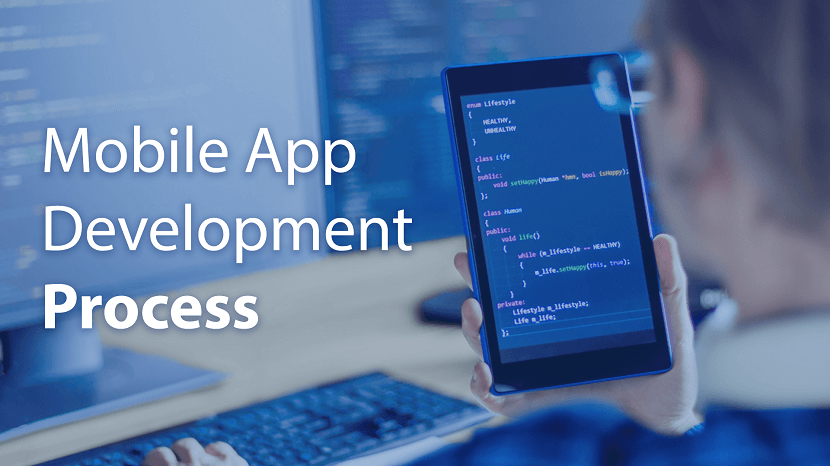 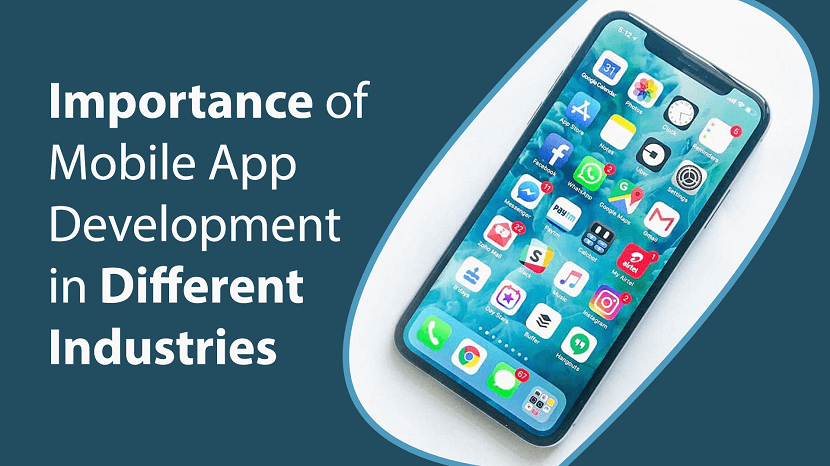 Why Mobile App Development is Important for Businesses?